Owning a dog who jumps up at people can be one of the most embarrassing and frustrating challenges in dog ownership. It’s such a common behaviour, but it can seem impossible to change.

Sometimes it feels like you’ve tried everything, maybe you’ve started out by gently saying ‘get down’ or ‘off’ but unfortunately dogs don’t understand English so these words rarely make a difference. Then we tend to get a little firmer, maybe pushing the dog away, shouting more words at him or even attempting the old classic ‘knee him in the chest’. You may have resorted to other interventions like a spray of water, a pet corrector or a rattle bottle. But did any of these work? Probably not. At least, not long-term.

Often what we consider to be a telling off or a punishment for jumping, is merely another reinforcer to our dogs. When you’re saying ‘no, get down, get off, OFF!!’ and pushing him away, he is most likely going to think ‘this works great to get your attention’. What we perceive to be telling our dog off, is actually doing the opposite. There is also a risk that by choosing more aversive methods you do little to stop jumping up but instead change how your dog feels in certain situations. For example, if you spray a pet corrector at him every time he goes to jump up at a guest at the front door, soon he may start associating the doorbell and guests with an unpleasant experience. You haven’t changed the jumping up, you have simply changed how he feels about guests entering the house.

In one case I had, a lovely friendly Terrier had been ‘corrected’ for jumping at guests with a spray of pet corrector, designed to ‘interrupt and discourage unwanted behaviour’. While it did work to stop his jumping, it also made him fearful of guests entering or leaving the house and inadvertently triggered a new response to chase and bite people who entered or left the house. He was terrified of people walking through the front door.

When choosing a training method, you must consider the overall impact, especially when using anything which is designed to shock, startle, or cause discomfort. It can be easy to think something has worked because one unwanted behaviour has stopped. But did you think about the overall impact on the dog?

If you were to use an electric shock fence system, it is likely to stop the dog crossing the boundary of the fence, so you could say it had been highly successful, but if you look at the bigger picture, you may now have a dog who is scared to go outside, or who cowers away from certain areas where he has previously been shocked. Is that really a success?

Punishment has long lasting consequences and not always the ones you wanted or expected.

Where we often fail to effectively deal with jumping up, and other nuisance behaviours (like chewing or mouthing) is that we don’t appreciate the big picture of reinforcement and punishment AND we don’t put enough MANAGEMENT in place. Every time a behaviour is practiced, it will be reinforced further, making it harder to change.

When working on an unwanted behaviour, think: ‘if I don’t like this behaviour, what would I rather he did instead?’. If you don’t like your dog jumping up, would you rather he sits, lies down, stands still or simply keeps his feet on the floor? When you have a more desirable behaviour in mind then you can work on management and reinforcement to develop a new pathway of behaviour.

When management is put in place, it prevents the dog from practicing old jumping up behaviours and ensures their choice is always to offer an alternative, more desirable behaviour.

We must aim to prevent the old behaviour at all costs, so that this neural pathway becomes weaker and the old footpath begins to grow over, allowing the new behaviour and new neural pathways to become stronger by making the footpath more worn and easier to travel down.

How do we put this into practice?

This will look different for different dogs and situations, but some key methods of management include:

With good management plans in place, you can tackle the training aspect and teach your dog to perform an alternative behaviour, again this will depend on the individual dog and situation but broadly speaking the key methods could include:

To make any of these training methods successful you must reward them more heavily than the jumping. When your dog jumps, ignore him completely and wait calmly for an alternative behaviour, at which point you can reward. If you react to a jump by shouting, squealing or waving your arms, he will only want to repeat the behaviour again. Whereas if you respond to jumping by staying silent, folding your arms in and not moving, you instantly become boring and most dogs will try an alternative behaviour.

It is very true that ignoring your jumping dog rarely ‘fixes’ the problem. Almost everyone will tell you they have tried turning their back and it DOES NOT work. That may be true. Not because ignoring the behaviour doesn’t work, but because ignoring alone is not an effective solution. As with any training or behaviour problem, using one sole method will not make a difference, but combining several methods will. And why is that?

Well, when you first ignore a compulsive jumper, he may escalate his behaviour in an attempt to gain your attention, this could involve jumping higher, more enthusiastically, more persistently or the addition of something else … e.g. mouthing, nipping or barking. This escalated response is known as an ‘extinction burst’ and it’s often very hard to ignore, it’s usually at this point that we snap and react. The problem with reacting at this point is that you quickly teach your dog to escalate his behaviour in order to get a response. Jumping doesn’t work anymore but jumping and nipping does!

When we want to create a stronger behaviour, we use a variable reinforcement schedule where the rewards come randomly and unpredictably. In human terms, people will continually try to win on a slot machine because the intermittent reward keeps you trying … you never know if you will win 1p or £100. From a jumping up perspective, if your dog jumps up and 1 in 10 times you react, whether that’s by fussing your dog, shouting at him or waving your arms around, the behaviour will become stronger because you are inadvertently using a variable reward schedule.

If you can ignore and persist with the training even through these challenging moments, he will learn that these behaviours no longer work and instead a calm feet-on-floor alternative is far more rewarding!

Variable reward schedules and extinction bursts are why ignoring alone is not enough. Not many people can ignore an escalated response, especially when it involves nipping or barking, so it’s vital to combine everything to create a successful plan of action.

Make sure you show your dog how great it is to interact with his feet on the floor, manage his behaviour closely to avoid jumping situations and never be afraid to remove yourself or your dog from the situation if you feel his behaviour is escalating beyond what you can ignore. When jumping up becomes attention seeking, especially during a time of extinction burst when he’s trying even harder to gain your attention, then time-outs can be highly effective. Removing yourself calmly and quickly by walking into a different room will break the attention seeking behaviour.

Prioritise management and training strategies though, and crucially, make sure everyone who interacts with your dog is on the same page.

Jumping up is one of the most common behaviours we work with at Adolescent Dogs so we understand the difficulties this can bring. We have many tips and methods which we use to help improve jumping up, and other challenging behaviours, so get in contact for some more advice. 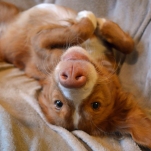 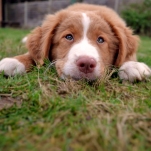 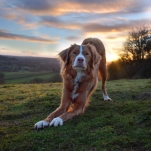 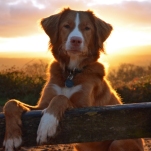 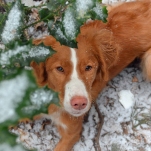 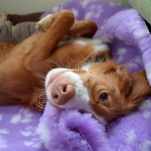 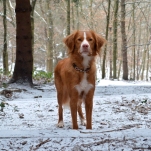 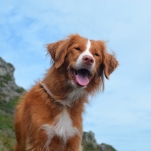